As the result of deep vibrocompaction the vibrostone columns are constructed in the soil. They are not a separate load bearing element in comparison with reinforced concrete piles. Due to high stiffness and lateral resistance such elements increase load bearing properties of foundations and doesn’t prevent natural soil drainage at the same time. 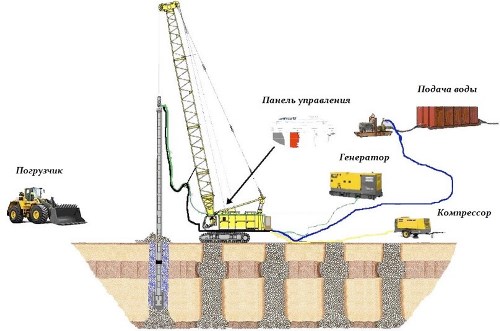 The possibility to create a diminished column during compaction is one of the features of the technology. Each column can be formed depending on the particular task and soil properties. The parameters of the column are defined at investigation and design stages, quality performance control is carried out during the works on site. Each column is provided with a passport specifying corresponding measurements and its profile.

Practical use of vibro stone piles: 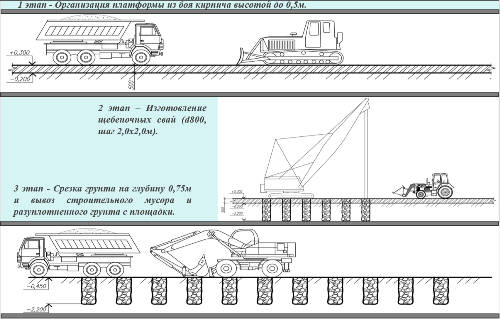 Creating vibro stone columns is one of the potential methods of foundation soil compaction during the construction of oversize logistic clusters and shopping centers.

The advantages of vibro stone columns in comparison with traditional methods: