The buildings at the corner of Mytninskaya Embankment and Zoologicheskiy Lane that are situated within walking distance of the Exchange Bridge were constructed at the beginning of the 19th century and were rental apartment houses. During the 20th and 21st century they were used as the dormitories for the students of St. Petersburg University.

Through 2006-2008 it was decided to pull down the buildings and to construct a new object consisting of an apartment block and an office building instead. One of the key requirements was to restore the historical appearance of the facades not interfering with the historic look of the area nearby.

One of the most important tasks to be solved for this object was to design a three-story underground parking (three embedded levels of 2700 square meters each). During the developing of the project the next conditions were considered:

The construction documentation was created with a particular focus on the requirements for construction in the historical center of the city.

The construction design resulted into: 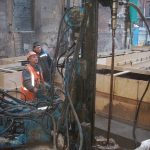 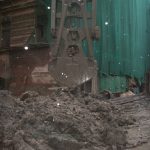 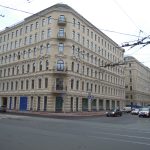 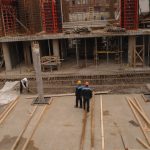