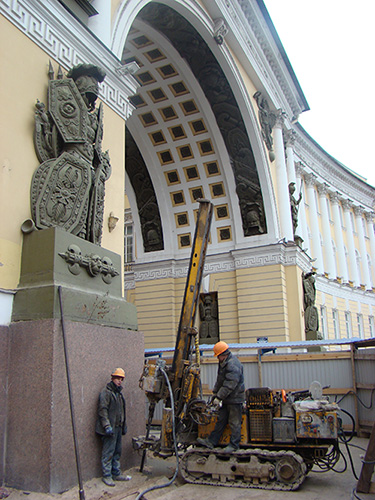 Development of projects of restoration and reconstruction of heritage property objects represents a set of engineering solutions aimed at:

Before the beginning of the design, the survey and analysis of the above-ground and underground parts of the object and foundations as well as soil conditions under foundation bases are held. The review of the balance between the object under survey and the proposed architectural concept is carried out at the same time.

More often load bearing structures of such buildings suffer crack proliferation. Cracks are caused by uneven soil settlement and failure or limited operational state of the foundation. Soil settlement may be caused by eventual changing of engineering and geotechnical conditions under foundation base as well as industrial disasters. 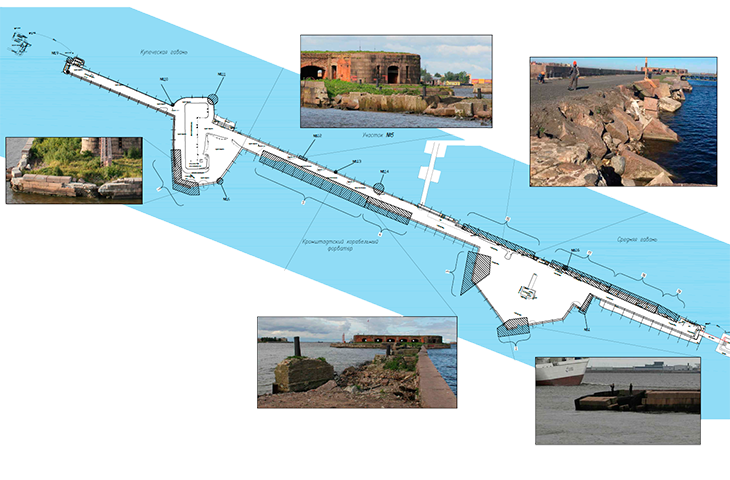 During the reconstruction of heritage property the key part is to preserve the object itself as well as the buildings nearby. Very often the nearby buildings are also considered heritage property and require careful and subtle approach during the performance of works. There is a separate volume in the design documentation named Geotechnical study. It incorporates the survey on the influence of construction works on the nearby buildings.

During the development of reconstruction projects, it is necessary to find solutions for preservation of foundations and reinforcement of foundation soil and other underground and above-ground parts of historical buildings taking into account their specifications, the requirements of the Committee for the state preservation of historical and cultural monuments and other authorities requirements. 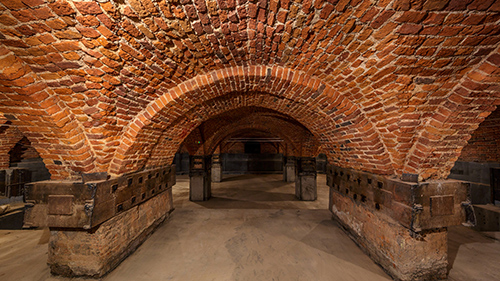