The presence of weak foundation soils poses a set of tasks for engineers to ensure the stability of buildings and structures. 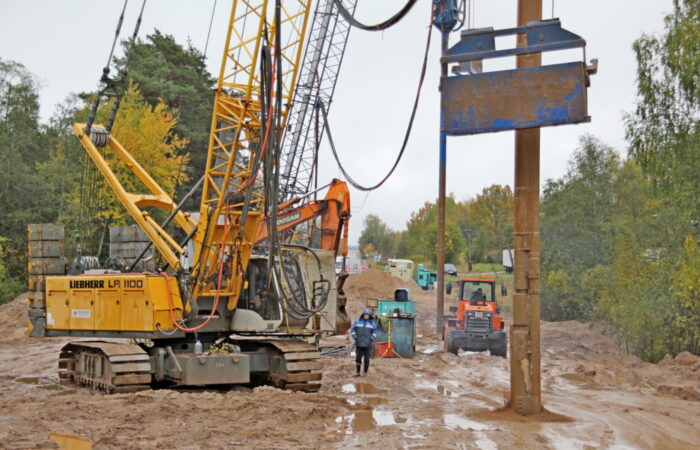 Strengthening of weak foundation soils on the section of the federal highway R-23 “St. Petersburg – Pskov” 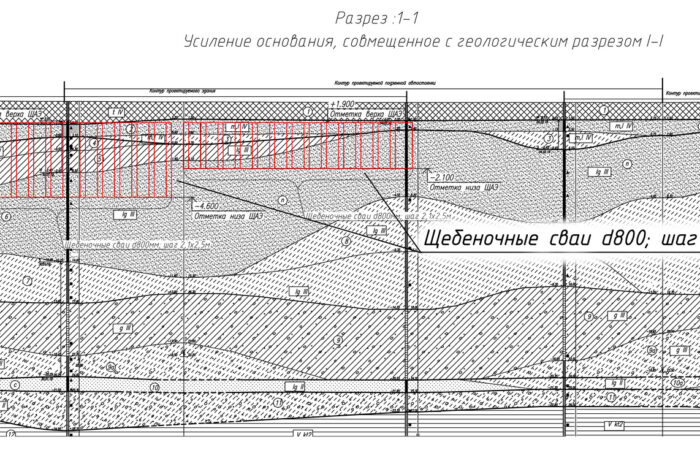 There is a fairly wide range of technical solutions that can solve the problem of weak foundations, depending on specific conditions. Among them are changes in soil characteristics, reduction and redistribution of the load on the foundation, and others.

A specific method is selected depending on the physical and mechanical (filtration, strength, rheological, etc.) properties of the soil, the geological structure of the soil mass and the specifics of the object under construction.

The principal decision is made by the designer at the stage of developing the concept of the project, taking into account a set of related factors (including the technical capabilities of the customer). The most complete picture is given by the results of a feasibility study (FS), which includes a detailed comparison of possible technical solutions.

The decision is associated with the implementation of a significant amount of earthworks. Effective at a small (up to 3-6 meters) depth of weak soil. 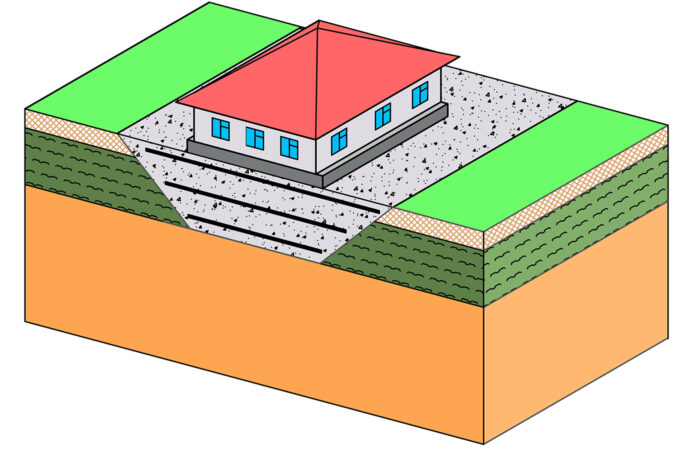 The arrangement of piles is a classic reliable solution for construction on weak foundations. The load from a building or structure is transferred to the bearing layers of the soil with the help of rigid vertical elements (piles).

The most widespread, due to availability and low cost, are factory-made reinforced concrete driven piles. 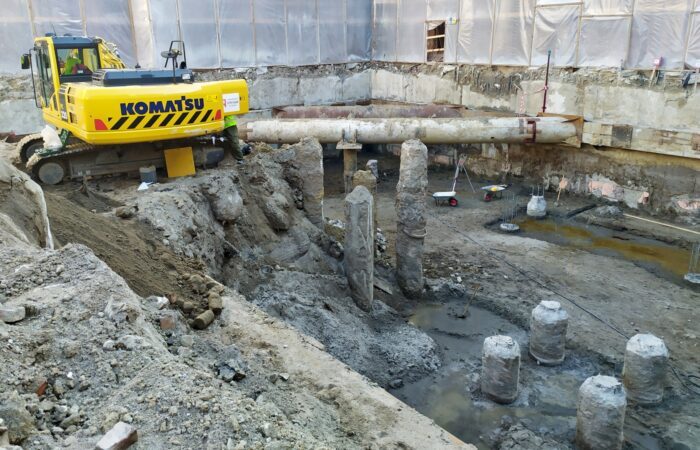 To solve specific problems: with significant loads from the structure, complex geological structure of the foundation soils, special construction conditions, etc. – bored piles are used. Depending on the specific conditions, the project will use Fundex, CFA (also known as continuous flight auger) piles, protected by casing or others. 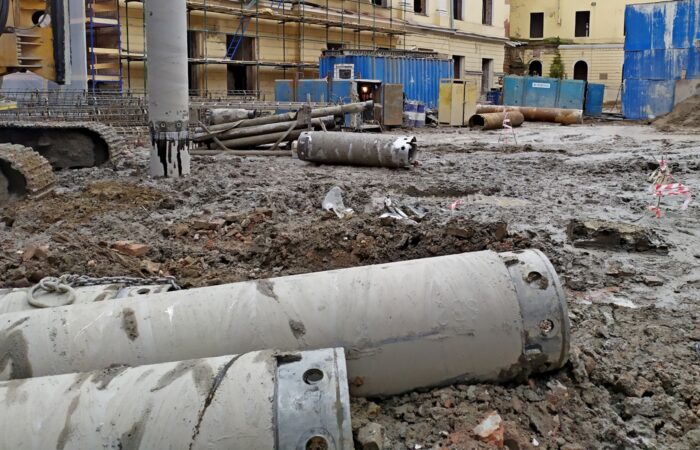 GEOIZOL Project has accumulated a wealth of experience in successfully using the GEOIZOL-MP multifunctional bored injection system as piles, which is produced at the Pushkin Machine-Building Plant (part of the GEOIZOL Group of Companies).

Read more about the technology in the GEOIZOL-MP section. 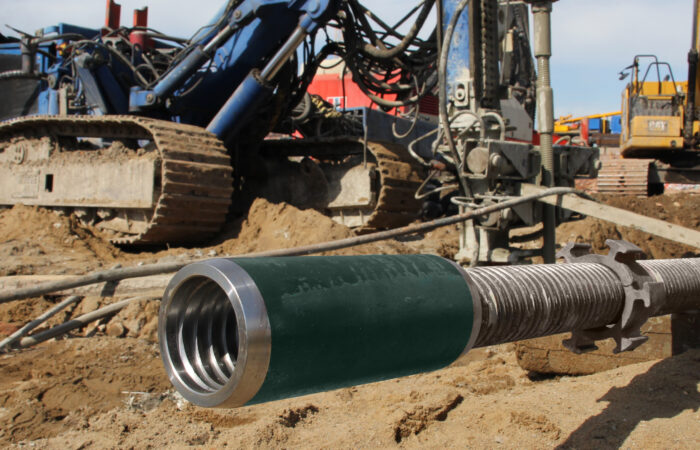 A weak soil mass is modified by forming poles in it from inert materials (crushed stone, sand, sand and gravel mix, concrete recycling, etc.) by vibrocompaction, which increases the bearing capacity and reduces the deformability of the foundation, reduces the time of consolidation and eliminates the subsidence properties of soils.

The technology improves soil characteristics to a depth of up to 30 meters. Local reinforcement of the base sections is possible. In some cases, it is the most economical solution.

Read more about the technology in the section “Crushed stone piles”.

In weak water-saturated soils, a field is made of vertical drainage elements, through which water flows out of the soil mass under load from the surface. Such elements can be made of geocomposite, corrugated pipes or in the form of sand (gravel) drains. The most widely used multilayer composite drainage materials. 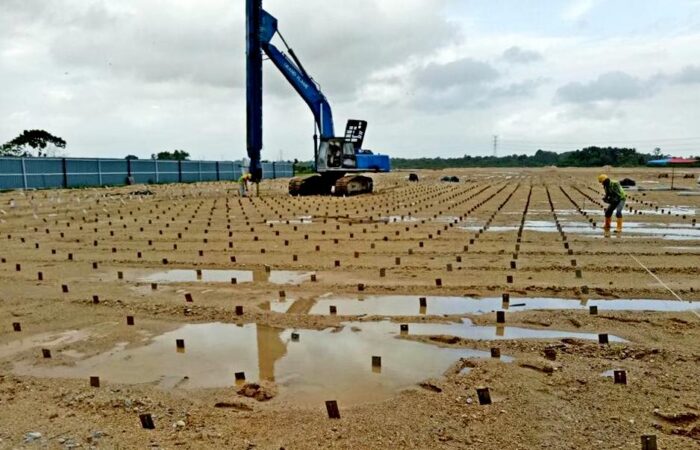 Geodrains are used to accelerate the stabilization of flooded weak foundations 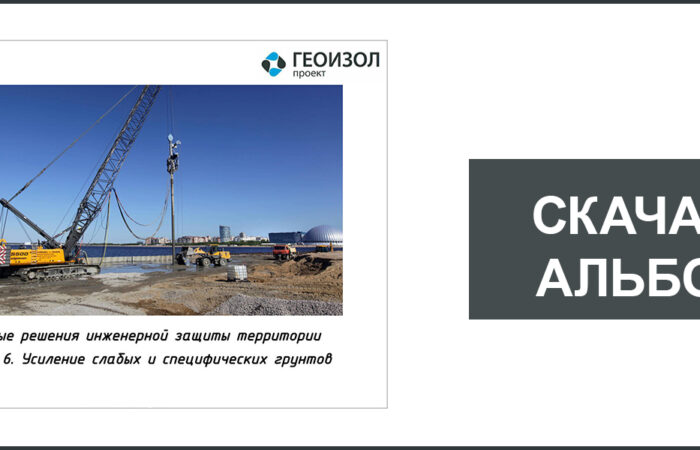 Localized in Russia technology EuroSoilStab (European project for the stabilization of weak soils with columns or masses) involves improving the characteristics of soils of organic origin. For this, specialized ALLU Finland Oy attachments are used, which mix the soil with a binder, forming a modified massif.

The technology eliminates earthworks and allows strengthening local areas of the base to a depth of 5-7 meters. 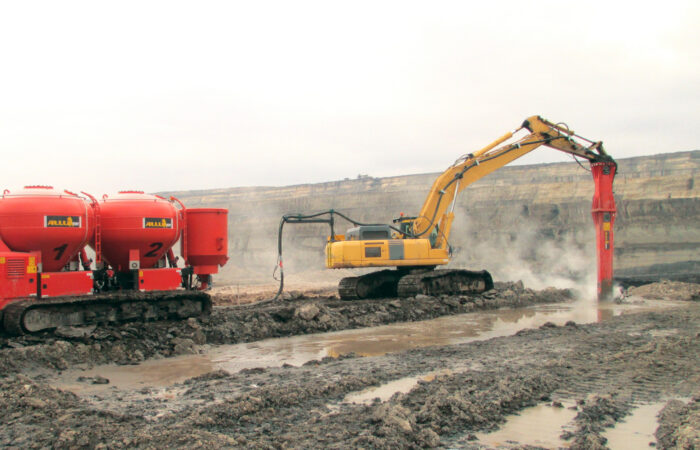 Soil modification by the method of jet grouting (Jet Grouting) involves mixing the soil with a cement mortar. First, a leader well is drilled, then from the design mark through a monitor with nozzles (located in the lower part of the drill bit), a cement mortar (with air and / or water) is supplied under high pressure, the jet of which destroys the soil structure and mixes with it. 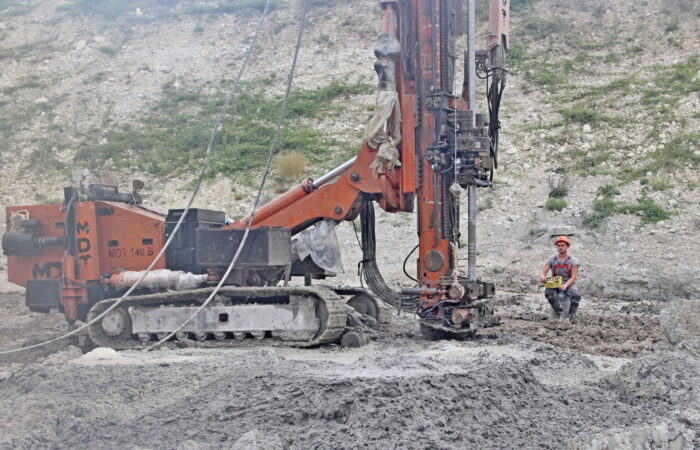 Strengthening of the foundation soil by jet grouting as part of the reconstruction of the federal highway A-291 “Tavrida” (stage 8).When the monitor moves from bottom to top, a cylindrical soil-cement massif is formed. By moving the drill bit, it is possible to form a massif of the required shape. 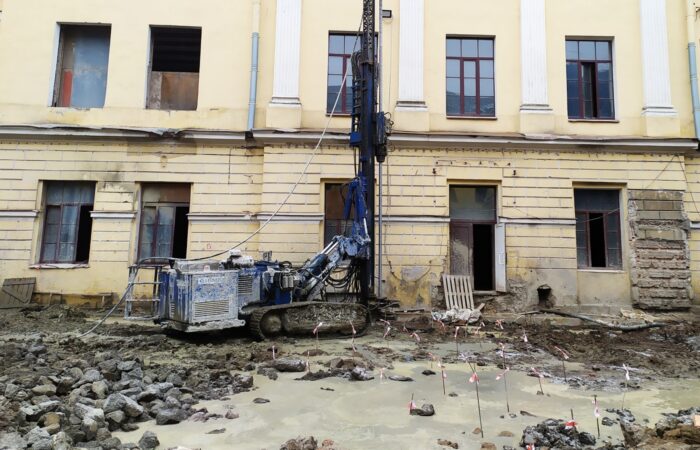 An increase in the foundation slab allows to redistribute the load

The implementation of a reinforced concrete slab of a given area as a foundation allows you to evenly distribute the load from the object to the foundation. The possibility of such a solution is determined by geotechnical calculations. 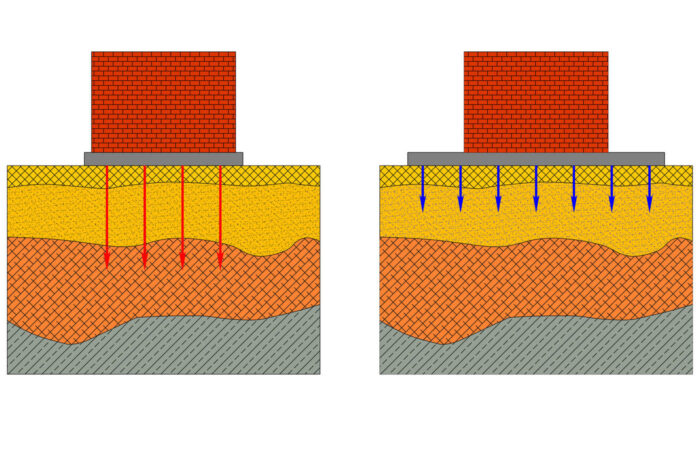 The body of a light embankment is formed from blocks of extruded polystyrene foam (EPPS or XPS), the specific weight of which is 30 times less than sand. A significant reduction in the load on the soil allows you to avoid or minimize additional measures to strengthen the base. The consolidation period is also reduced. The solution is most in demand in infrastructure construction. 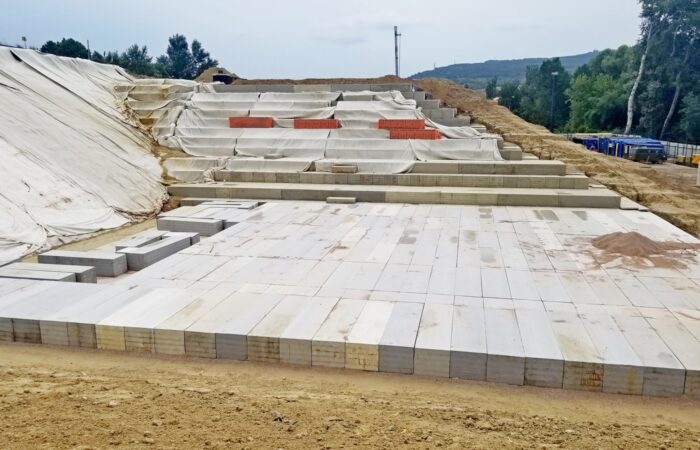