KGIOP accepted total renovation of the embankment of the Griboyedov canal at house No. 152

The statements signed in late October 2020 officially confirmed the builders managed to preserve the historical appearance and structures of the cultural heritage site.

GEOIZOL Project specialists supervised the total renovation of the Griboyedov canal embankment within Building 152 area. As part of this work, they made adjustments to the project documentation.

The remarkable thing is that the embankments and bridges of the Catherine canal (now the Griboyedov canal) are a sole cultural heritage object.

Engineers changed the configuration of the framework of the embankment base, reduced the number of sections of granite masonry from four to one.

These sections serve as expansion joints that compensate for thermal expansion. Technologies of the 18th century did not allow for such measures, but current construction regulations specify the construction of the above stated every 50-70 meters to avoid deformations. 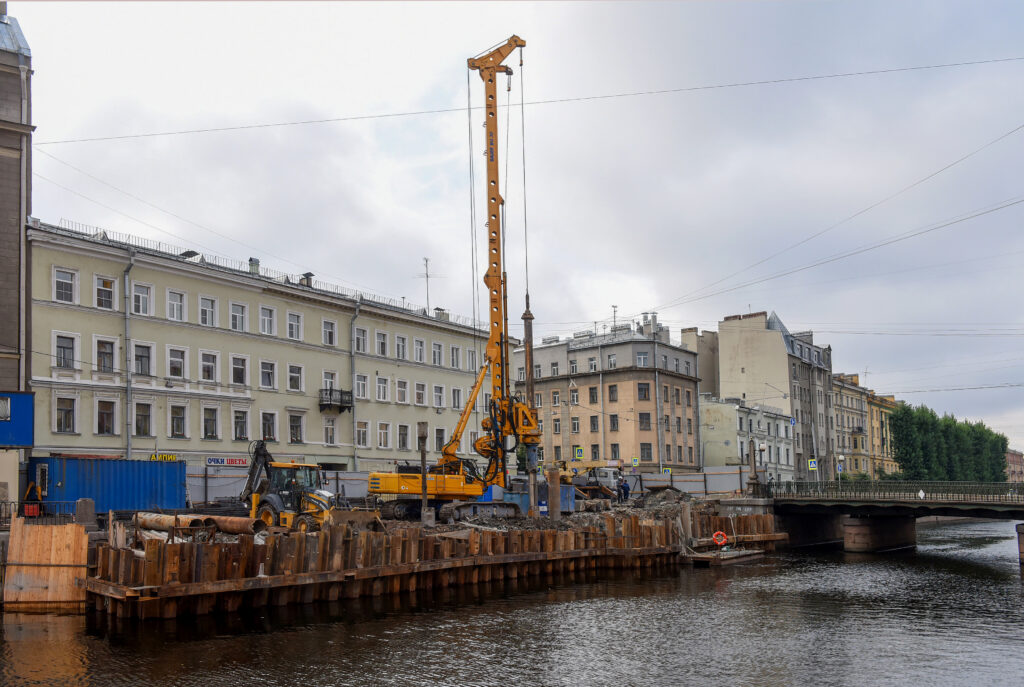 Also, GEOIZOL Project specialists, as experts in underground construction, standardized the structures of bored piles that were used to strengthen the base. Instead of three types, the designers suggested one, and also removed the extra steel bars, which allowed optimizing the performance of works.

The project was successfully implemented by the GEOIZOL Group of Companies, delivered to the customer in May 2020, and accepted by the KGIOP (Committee for the State Inspection and Protection of Historic and Cultural Monuments) Commission.