The issue of preserving cultural heritage sites is one of the most urgent for modern Russia. According to official data, only a third of Federal and regional cultural heritage monuments in our country is in satisfactory condition, while the rest require a various degree of restoration.

The most acute situation is with the preservation of architectural ensembles, which include not only a complex of buildings and structures but also a natural landscape that is subject to the negative impact of geological, anthropogenic, and environmental processes. Quite often, this impact is the main destructive factor for the entire object of protection. Therefore, together with the restoration of buildings and structures themselves, it is necessary to perform engineering protection of the adjacent territory during reconstruction and restoration.

Another important aspect of the issue is the choice of solutions when implementing engineering protection of the territory. It should be remembered that standard solutions, such as the construction of massive reinforced concrete structures of retaining walls, dams, etc., are often not applicable to cultural heritage sites because they can damage the historical terrain.

GEOIZOL Group of Companies is one of the few companies in Russia that has unique knowledge and experience, both in engineering protection of territories and in reconstruction, restoration of cultural heritage objects, and their adaptation for modern use.

GEOIZOL Group of Companies, which is celebrating its 25th anniversary this year, has taken part in the reconstruction and restoration of a significant number of architectural masterpieces. The specialists of the company carried out works on unique objects of history and culture, which allowed us to study the ancient and pre-revolutionary Russian architecture techniques, as well as the methods of the post-war Soviet restoration school. 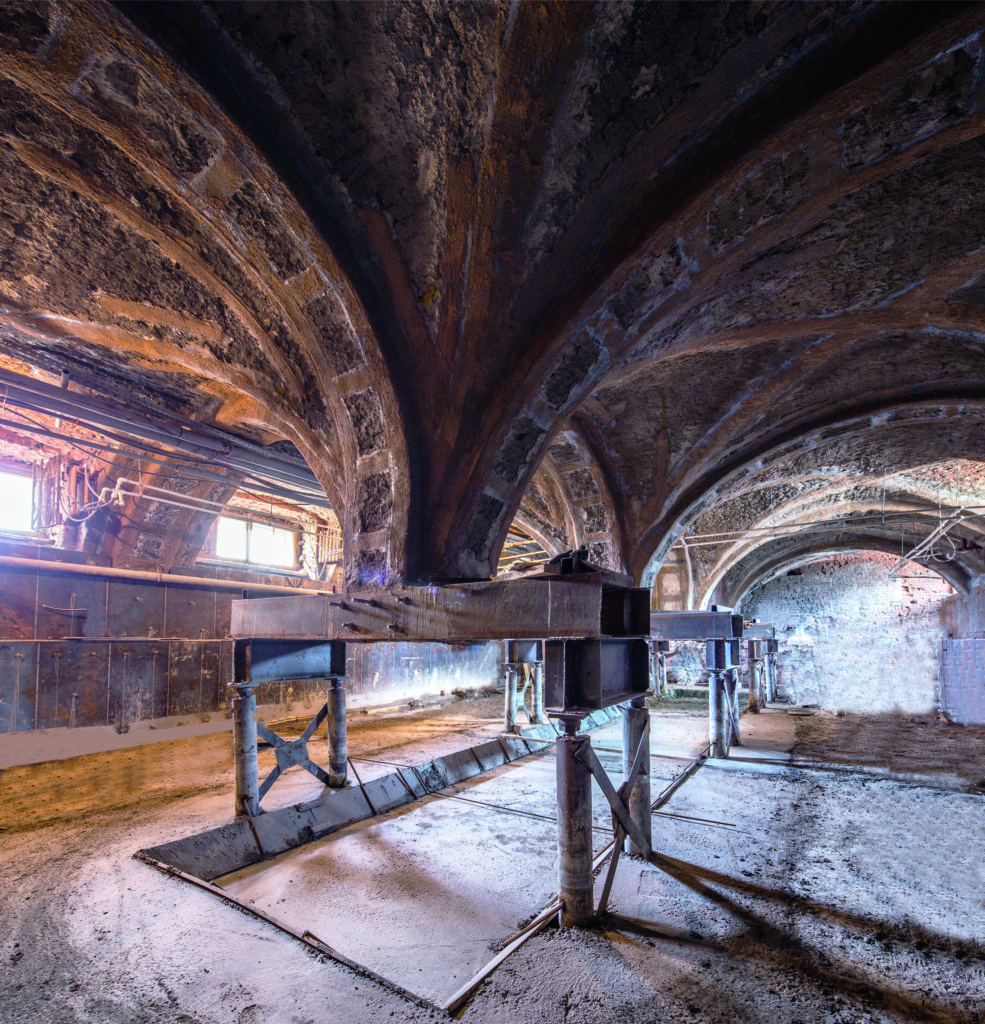 Pic. 1. GEOIZOL has carried out a large-scale reconstruction and adaptation of the basements of the Alexander Palace in Tsarskoe Selo state museum and heritage site for modern needs.

The following are the most important and significant sites for the company, where a complex of restoration and emergency response works was performed:

Wast experience in working with traditional and modern restoration, construction, finishing, injection, and waterproofing materials, accumulated in the course of performing these works, allows GEOIZOL to offer optimal design and technological solutions in preserving historical sites. Our company follows carefully the rules of monument protection: the company has all the licenses and certificates necessary for performing works on cultural heritage, as well as professionals with experience and skills in restoration. They are certified in the conservation of cultural heritage (included in the register of the Ministry of Culture of the Russian Federation).

GEOIZOL-MP geotechnical system consists of a centrally located bearing element in the form of a helical tubular steel rod, an injection mace, and connecting elements.

The rod is both a drilling and injection tool. Immediately after the start of drilling, an injection is made (through the inner hole of the drill pipe at a pressure of 5-10 bar) with a flushing cement mixture (W/C ratio is 0.7–0.8). The cement mixture penetrates the soil structure and stabilizes the well walls, eliminating the need for casing tubes. In this case, the rod together with the connectors (couplings) remains in the well, performing central reinforcement of the pile. Centralizers are used to ensure the protective layer and the design position of the rod.

Through the injection mace, tensile and compressive loads are transferred from the load-bearing element to the ground base. The injection mace is responsible for radial stresses in the ground and limits longitudinal bending, as well as protects the steel element from corrosion. Root piles are made by small machines which withstand vibrations and allow working in hard-to-reach places. Steel drill rods are produced with a diameter from 30 to 115 mm, can be arbitrarily cut, and connected along the length using couplings. This makes it possible to form the optimal length and diameter of the root pile.

In 2011-2014, GEOIZOL carried out design and construction works for the engineering protection of the Olympic infrastructure of the mountain cluster in Sochi: installation and anchoring of retaining walls of landslide hazardous slopes of the access road (Pic. 3), the Laura ski and biathlon stadium (Fig.3), the bobsleigh track, the Alpika Service ski resort, etc.

In total, works were performed at almost 20 sites of Olympic Sochi. There has never been anything comparable in terms of volume ща construction and technical complexity in modern Russia. The work was carried out at levels from +500 to + 2000 m. The high-altitude conditions significantly complicated the supplies of construction materials and equipment to the site. 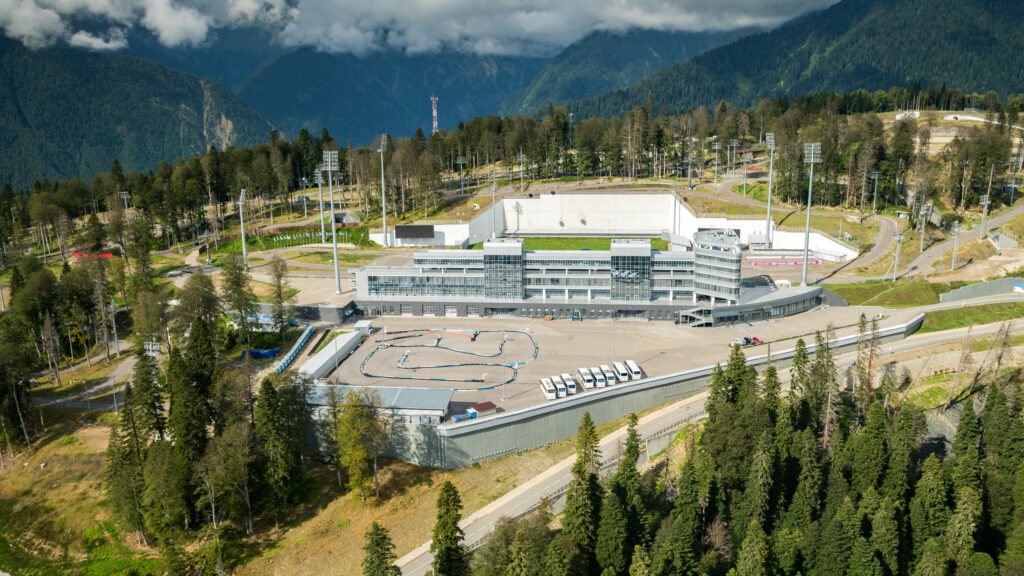 Performing works in a very difficult terrain involved industrial high rise works and special drilling equipment that makes it possible to use GEOIZOL-MP geotechnical system in cramped conditions, as well as construct dowel fields on steep slopes, with an angle of 45-70 degrees. These are various types of mobile portable machines, attachable equipment, and self-propelled drilling rigs. 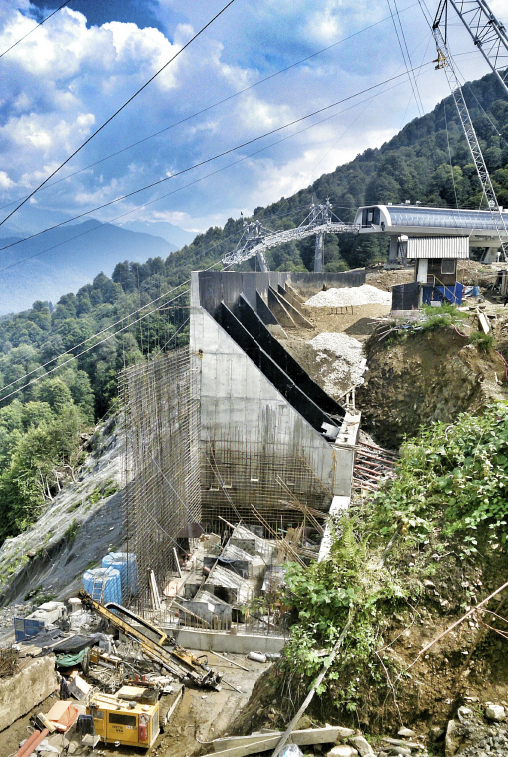 Pic.4. The monolithic retaining wall of the cable car station of Alpika Service ski resort at +780 m on a pile base with GEOIZOL-MP anchors of 72 and 105 mm, height up to 22 m 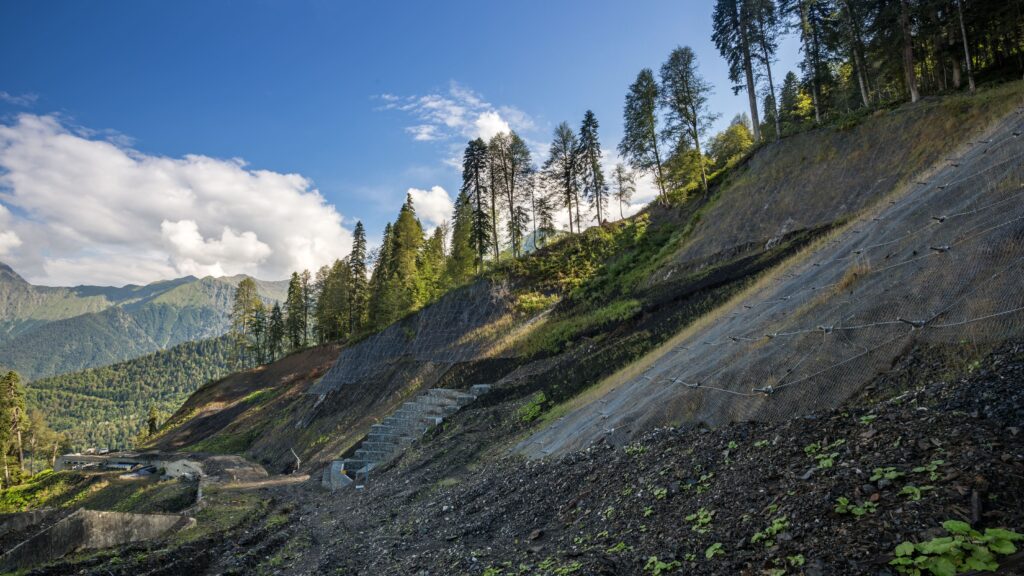 Pic. 5. Example of making dowels during the construction of Olympic facilities in Krasnaya Polyana

For engineering protection of architectural ensembles, GEOIZOL offers solutions that had already proved effective at the Olympic facilities in Krasnaya Polyana, where it was also important to preserve the natural terrain, providing minimal technological impact, since all these objects are located on the territory of national natural parks.

As examples of the Federal monuments of architecture which will require engineering protection during reconstruction are the following: 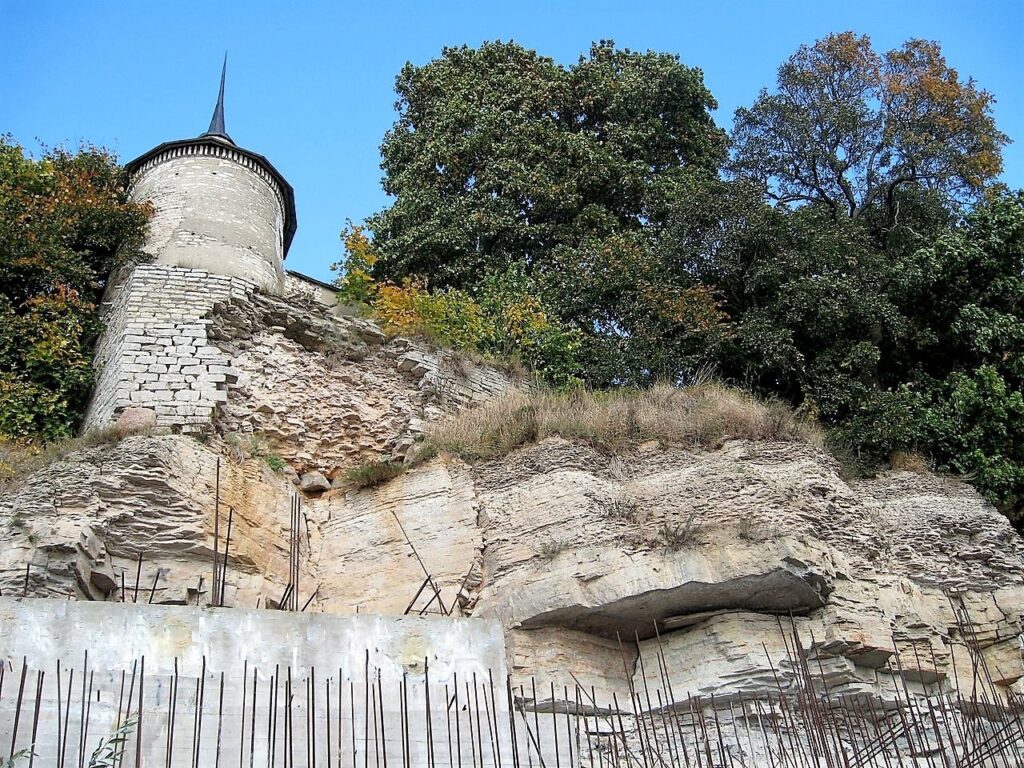 Pic. 6. The Snetogorsky Monastery Complex needs strengthening the adjacent slope and the foundation of the Southern Tower, as well as engineering protection of the river banks

Today, GEOIZOL is a multi-profile holding that unites design and construction organizations, has its production facilities, a fleet of specialized and construction equipment, and qualified staff of experienced engineering and technical workers. All this allows the company to solve complex tasks of reconstruction, restoration, and adaptation of cultural heritage objects with a focus on engineering protection.

For each object of protection, GEOIZOL’s leading specialists in geotechnics, construction design, and engineering are able to develop universal solutions that will help eliminate dangerous geological damage and preserve the look of an architectural monument, while complying with the requirements of urban planning and environmental legislation.