Vereshchagin Slope gets protected against landslides

GEOIZOL Project design for the engineering protection of an unsafe slope located in the area of the Russ hotel in Svetlogorsk passed the examination.

A positive conclusion on the design and estimate documentation was issued on December 30, 2020, by the Center for Design Expertise and Price Setting in Construction (State Autonomous Institution of the Kaliningrad Region). 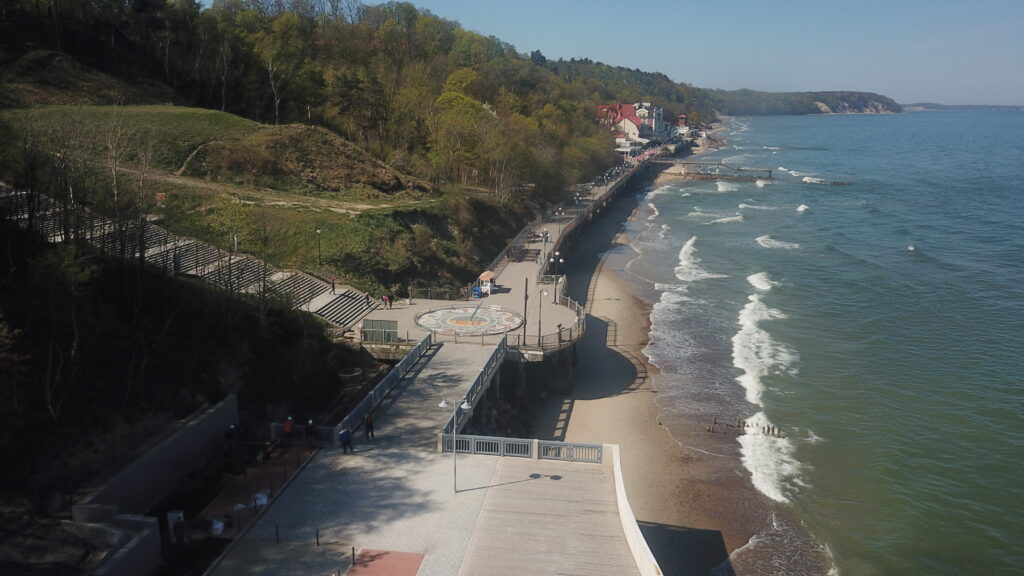 Vereshchagin slope, as it is called by the locals, is located on the shore of the Baltic Sea in a popular esplanade among citizens and tourists. It is on the east of the staircase going down to the promenade near the sundial. At its top is a park area adjacent to the Russ hotel.

Landslide activity was noticed here even before the construction of the new promenade. The situation was made even worse by soil soaking as a result of the storm impact.

As part of the emergency works, a project was developed for the engineering protection of the landslide-prone slope. It included the construction of dowel pin anchorage using the Multi-Functional GEOIZOL-MP system and the high-strength 2D-Geo coating system in combination with anti-erosion substrates. 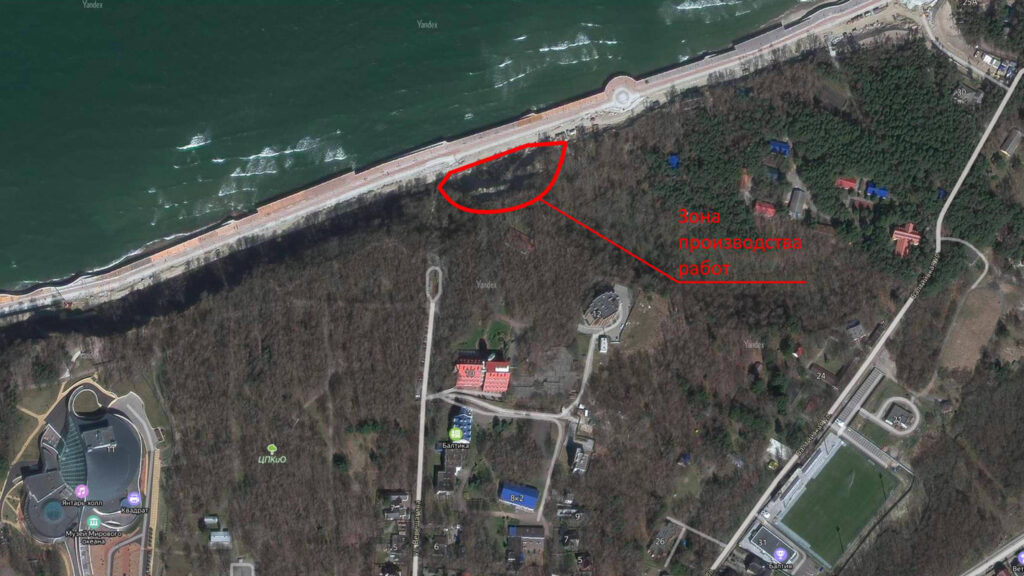 In addition to the design and estimate documentation, which received a positive conclusion of the State Expert Examination, GEOIZOL Project engineers have prepared construction documentation, which allows the contractor to start works immediately after the conclusion of the government contract. The estimated construction period, subject to round-the-clock work, is about five months. 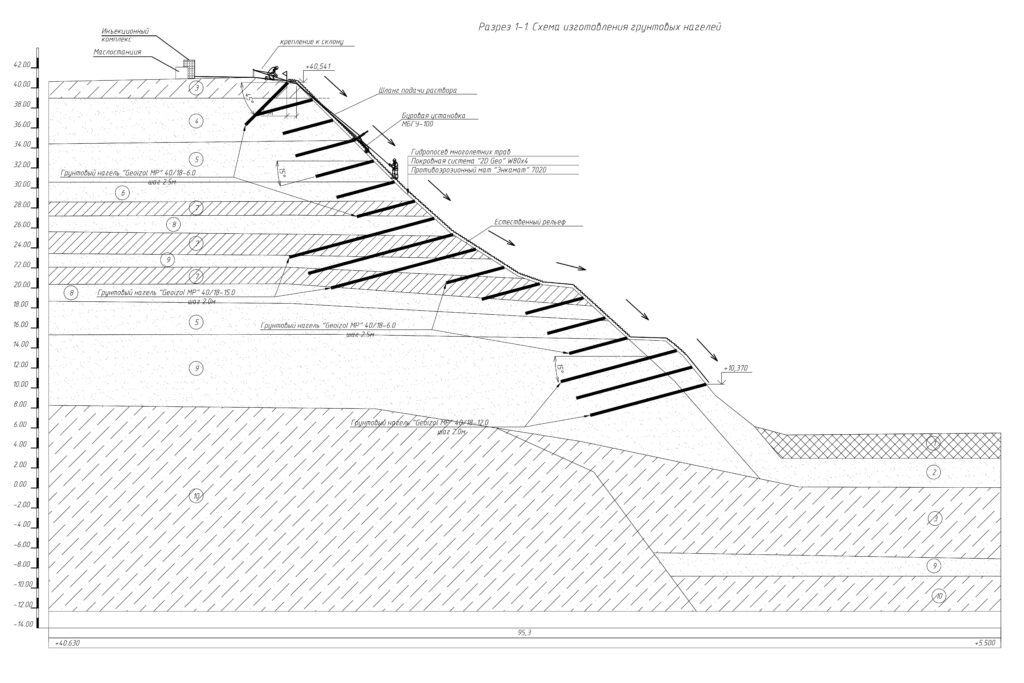 According to the project, the first stage consists of earthworks that are carried out with an excavator with a long boom for profiling the slope and then cleaning it manually. With the help of a drilling machine hung on a climbing system, an area of dowel pins is arranged, consisting of 19 rows of GEOIZOl-MP ground pins and a length of 6 to 24 meters. The total length of the dowel pins is about 8.5 km. Then the workers lay the anti-erosion mats in the area of 4,950 square meters. After that installation of the coating system is carried out in the area of 5,400 square meters. At the final stage, landscaping of the slope is performed. 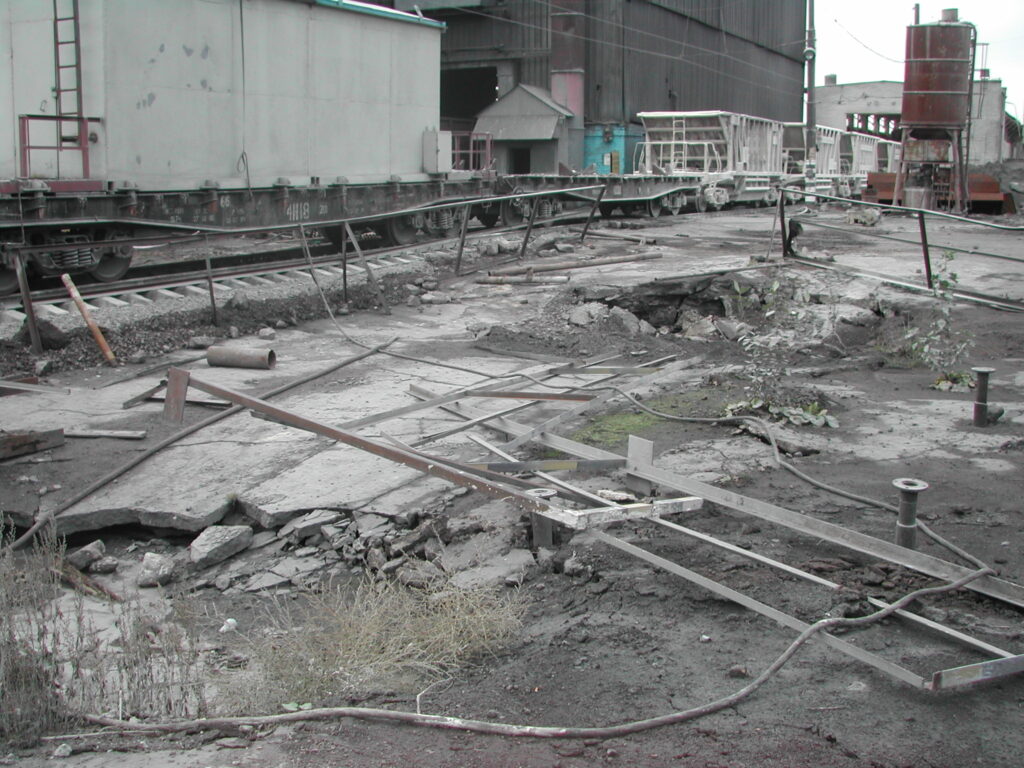