The use of rigid snow-retaining barriers reduces the risk of avalanches to zero on the Psehako slope.

As part of the comprehensive engineering protection of the territory of Laura Ski and Biathlon Complex (SBC), which is part of the Gazprom Mountain and Tourist Center, GEOIZOL Project engineers designed avalanche protection measures. 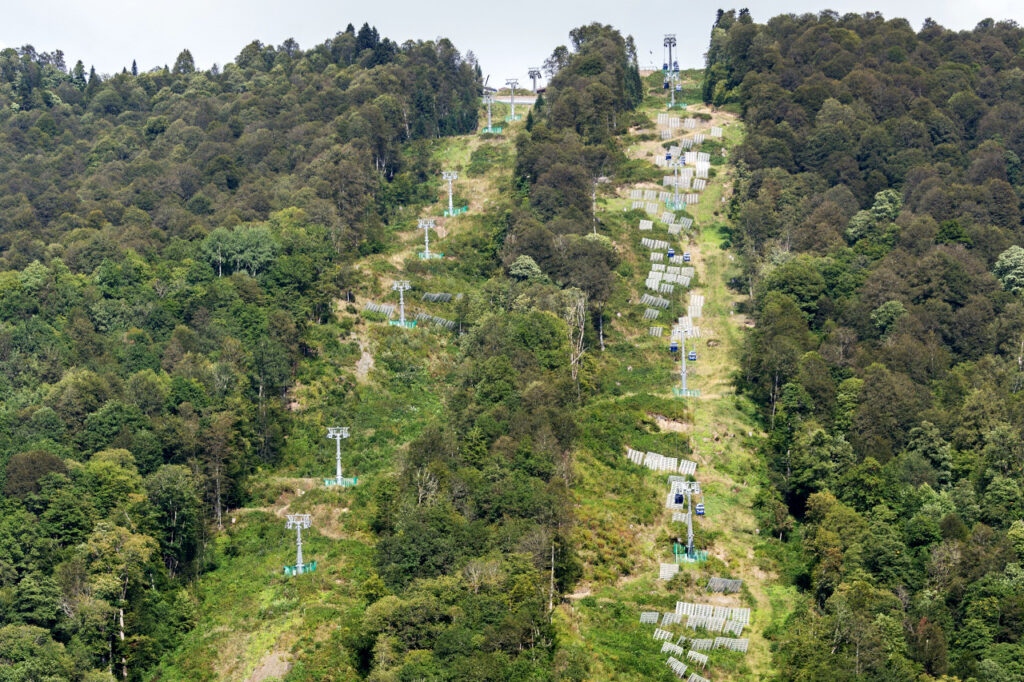 In the western part of the South Caucasus, avalanches collapse from the mountains several times during the winter. There are both single and multiple cases of avalanches. The volume of snow mass at the descent of one avalanche in this area can reach 1.5 million cubic meters.

GEOISOL Project specialists got the task of developing a project to protect the supports of the A and A1 cableways located on the slope of the Psekhako mountain range against the impact of snow masses.

The planned avalanche protection measures were subject to the following requirements:

– to exclude the possibility of avalanches in the area of the protected object;

– to ensure minimal impact on the environment;

– to ensure long-term operation of the installed structures with an option to repair and replace its elements.

The construction area belongs to the territory of potential snow slides. Six areas carry a threat of dangerous phenomena. For these territories, GEOISOL Project engineers performed the calculation of snow-retaining structures.

The peculiarity of the solution is that the shields are placed across the avalanche-prone slope, where snow accumulates in winter. Barriers keep the snow-mass in a static condition preventing it from slipping and preventing avalanches.

A total of 319 rm of rigid snow-retaining structures were designed and installed.