Slurry wall technology is a modern and gentle method of substructure constructions which is used in case the depth of foundation is more than 4 meters below ground surface.

This technology has proved its efficiency on plenty of underground construction objects, not only in Russia but worldwide. 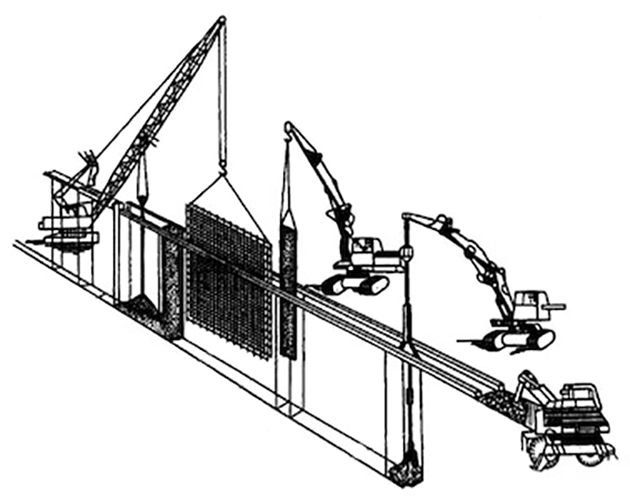 The features of the technology

There are two methods of slurry wall construction: cast-in-place and precast methods.

The advantages of the technology: 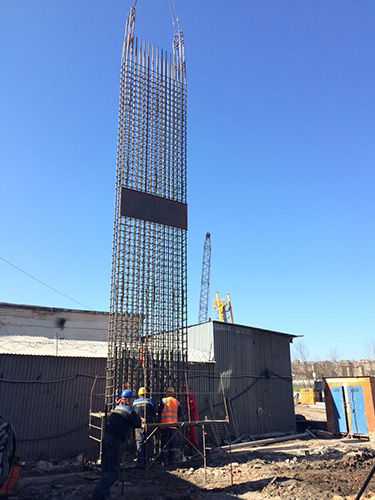 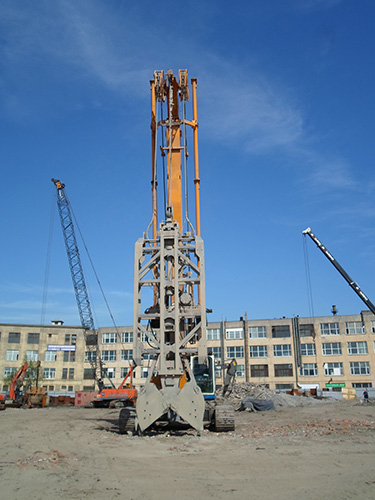 During the development of slurry wall design documentation the following is to be considered:

The development of the design documentation of the objects according to the slurry wall method with the depth of substructures more than 15 m (is referred to unique objects) requires a particular approach. One of these requirements is carrying out the calculations to comply with the terms on prevention of progressive damage on every stage of the object life cycle. In other words, to prevent such a condition that in case of emergency destruction of one constructive unit the other elements and parts of the building preserve their properties and prevent progressive collapse of the whole object.